Nothing new has really been happening with Havana. She’s been sleeping most of the day as usual, and roaming around for a few hours at night, as is normal ball python behaviour. She hasn’t eaten yet, which makes sense, considering we’ve been told by a breeder they sometimes don’t start eating until the weather gets warm. It snowed again last week – so that hasn’t happened. I’m not quite sure why this is, as the heat in her enclosure is obviously the same as if it were summer. We make sure of this with a thermometer for her enclosure that stays on at all times. Either way, we’re still waiting on her to start eating.

A couple of days ago, we took her out of her enclosure and Thomas decided it was a good opportunity for him to make her enclosure look and feel better.

We discovered the last time we put in some more aspen bedding that she liked burrowing through her bedding, so Thomas took the time to fluff up her aspen so that she could do that again if she wanted to. 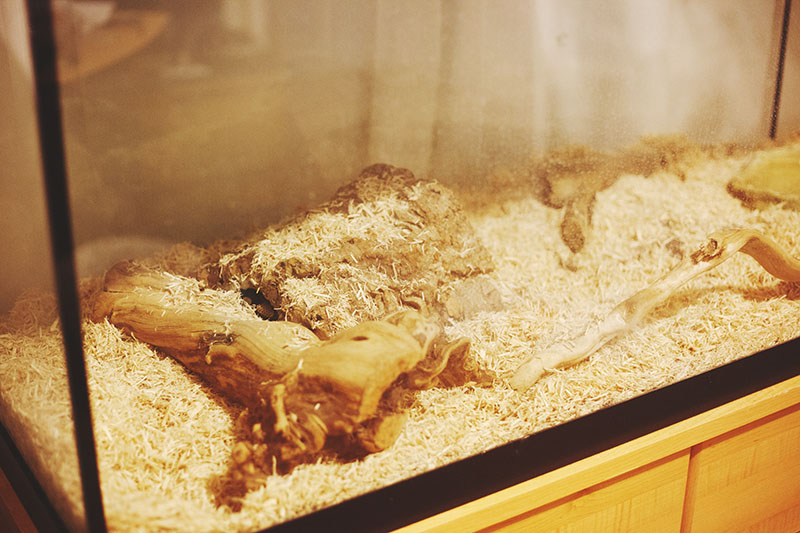 Since we woke her from her sleep to take her out, we knew she’d want to go straight back to sleep just as soon as we put her back in. So when we were putting her back in her enclosure, we brought her head near her hide, waiting until she slithered inside. She’s stayed asleep for the past couple of days. If you look closely, you can see her skin peek through the back of her hide, which we’ve covered with a log so that she’ll get optimal darkness from the layout, while still having enough room to get into her hide. 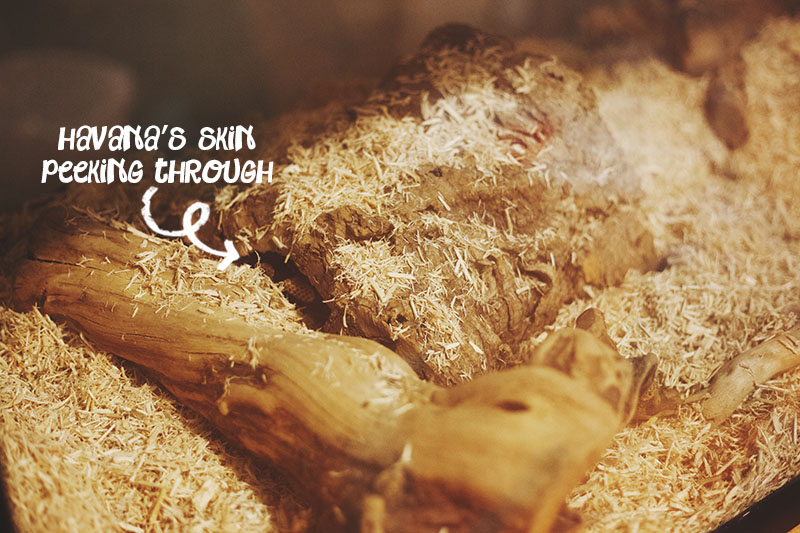