If you’re wondering whether or not a ball python is the right pet for you, you’ll likely find it much easier to decide after taking a look at a pros and cons list. Since it might be hard to predict what the pros and cons to owning a ball python are if you’ve never owned one before, I’ve taken the time to write up a list for you. Be careful to check the cons carefully for any factors that might be deal breakers.

And to all the other ball python owners, if you can think of any other pros or cons, let me know in the comments. 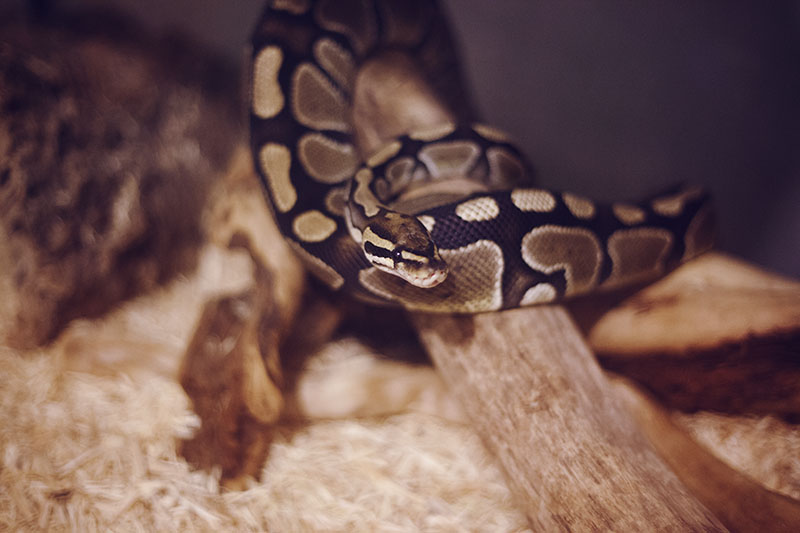 1. Ball pythons are extremely easy to take care of, and are incredibly low maintenance.

2. Paying for food and upkeep for a pet python is very cheap, making them highly affordable pets.

3. Unlike many common pets, ball pythons don’t need very much attention from their owners. So if you’re busy and don’t have the time to walk your pet, no worries here.

5. Also unlike hamsters and other rodents, ball pythons do not smell.

6. Ball pythons, being exotic pets, are more rarely owned than cats, dogs, and rodents. This may make them more appealing than having a more common pet; having a pet snake is cool.

7. Ball pythons, being reptiles, don’t get attached to their owners like other pets might, so rehousing a snake is much easier than rehousing a cat or dog: the snake won’t care as long as their environment is maintained properly. If in the future you for some reason have no choice and cannot keep your pet, therefore, it’s much better to have a ball python than to have a dog.

8. Unlike some other snakes, ball pythons only grow to be between 3-5 feet long. This is about half the size of full grown boa constrictors, which regularly grow to be around 9-10 feet long.

9. As an added perk of ball pythons being so low-maintenance and cheap to keep, ball pythons are also easy to keep in large numbers. It may be physically and financially exhausting to have a house full of cats, but having 10-15 ball pythons at a time is easily possible, and is regularly practiced by many ball python lovers. After adopting and falling in love with their first, many ball python owners go on to collect a variety of different morph types. 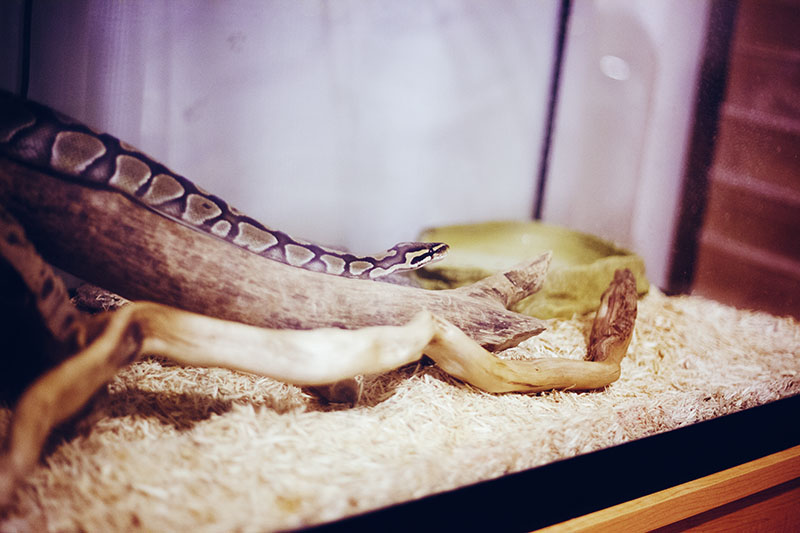 1. Probably the worst dilemma you’ll have to overcome, if it’s a problem to you at all, is what you’ll have to feed your snake. Unlike other reptiles, snakes do not eat insects, worms, or baby food: they eat rats (and sometimes mice, though rats are much more healthy for them). That being said, although it’s true that defrosting a rat to feed it to your pet will likely be quite uncomfortable at first, after some time, you will get more used to it. It will gradually become much easier to do, though I wouldn’t say handling a rat ever becomes pleasant.

2. Again, ball pythons are not the most affectionate creatures, so if you actually are looking for something to cuddle, and want your pet to be excited to see you when you come home from work, you really shouldn’t be getting a ball python.

3. You can’t train a ball python. They don’t do tricks, and some of the most exciting things they do are eating, drinking, and yawning (though to be fair, watching them eat a huge rat is pretty awesome). As such, you may not find them to be as entertaining or fun to play with as other animals may be. If you need high levels of excitement in your life and think you might get bored of them, ball pythons are probably not a good choice for you.

4. Depending on what your friends and relatives are like, it might be hard to find someone who will feed your snake for you while you’re gone or on vacation. They’re snakes after all, and unlike pouring some dog food into a bowl, there may not be many people who would be comfortable feeding a rat to your snake.

5. Depending on where you live, it may be difficult to find a vet who can take care of your ball python if it falls ill. Before you buy your pet, you should definitely look around and find out where the closest ball python vet is located. It’s very uncommon for ball pythons to need to see a vet, but you need to be willing to make the trip and cover the costs if they do get sick, so keep this in mind. 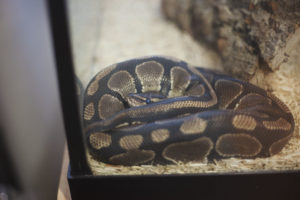 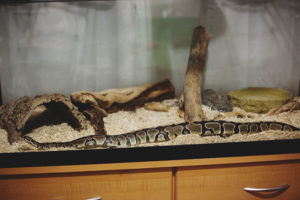