A few weeks ago, I spoke about how Havana seemed to have grown after her recent shed, which is something both Thomas and I had noticed, although we really didn’t have any proof of it. It’s very difficult to measure the size of snakes, especially when they’re adults, considering they get to be incredibly long and never stretch out completely. Even if they’re close to being completely stretched out while they’re slithering, there will always be a slight wave to their body, which can actually make them seem quite a bit smaller than they really are. There’s no point in trying to stretch them out either, for the sake of measuring, or they’ll begin to curl up into a ball.

Either way, I spent about two weeks stalking Havana’s nightly activities with a camera, trying to capture her outstretched. Unfortunately, I only have one “before” picture that could be even remotely telling of her size. It’s not too bad, but the two sides of her tank aren’t seen, making it a bit difficult to tell how much of her enclosure she takes up. 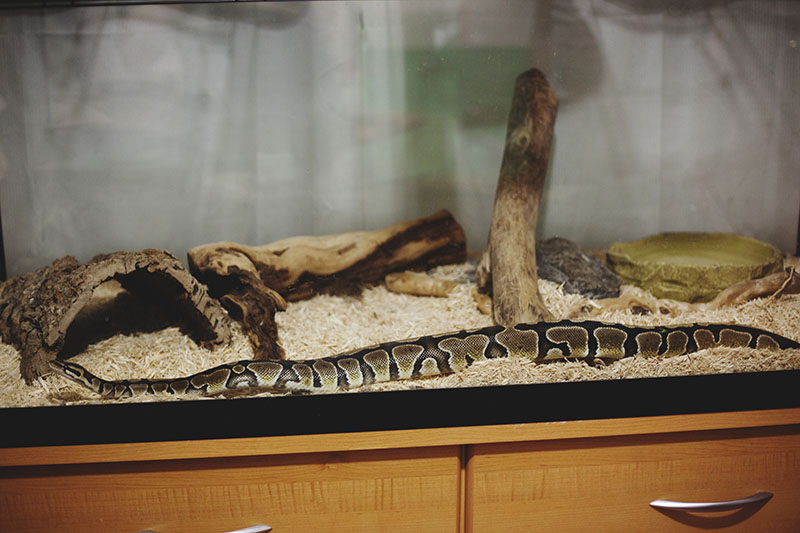 And below are the after pictures. Again, it’s impossible to get a picture of ball pythons completely outstretched, so these pictures are about as good as it gets when it comes to measuring by camera. 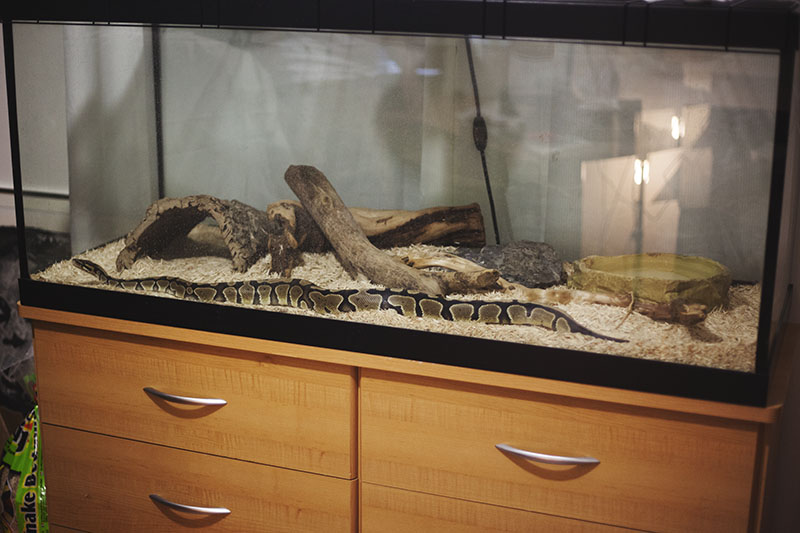 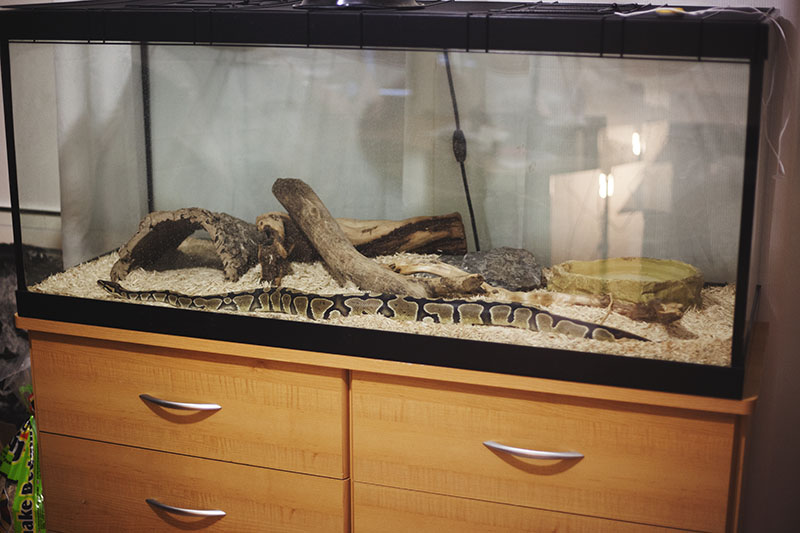 She’s obviously a bit more outstretched in the second after picture, which is why I think it’s more of a worthy comparison to the before shot than the other one. Although it’s slightly more difficult to tell the difference in her length because the first picture doesn’t include the two sides of her tank, if you compare the length that she extends past the handles on the dresser, it’s fairly evident that she’s grown at least a little (although how much, I’m uncertain; maybe an inch or two?). 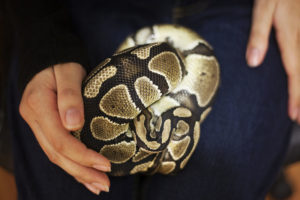