Havana has not slept inside her hide since Thomas and I installed a heating mat directly beneath it, which occurred just a while before her last shed. At first, of course, I assumed the heat mat was the reason why she was sleeping outside, but since the breeder I’d purchased her heating mat from told me that ball pythons eat and grow better if they sleep in warmer temperatures, I decided to give her some time to get used to the heat mat in hopes of her eating better in the future. With the heat mat, the temperature is ideal for the warm side of her enclosure.

I then began noticing her pre-shedding ritual, and realized that she was going into shed for the second time since she’d been with us. As part of her pre-shedding ritual, Havana doesn’t sleep in her hide for at least a week and a half before she sheds. I then assumed that she would move back into her hide after she’d shed her skin. It’s however been quite some time since she shed, and although I have reconfigured her enclosure to try to make her more comfortable, she hasn’t gone back inside to sleep.

We’ve been moving around the items in her enclosure, trying to get her to be comfortable in her hide, but she’s been much happier sleeping outside of it than inside it. 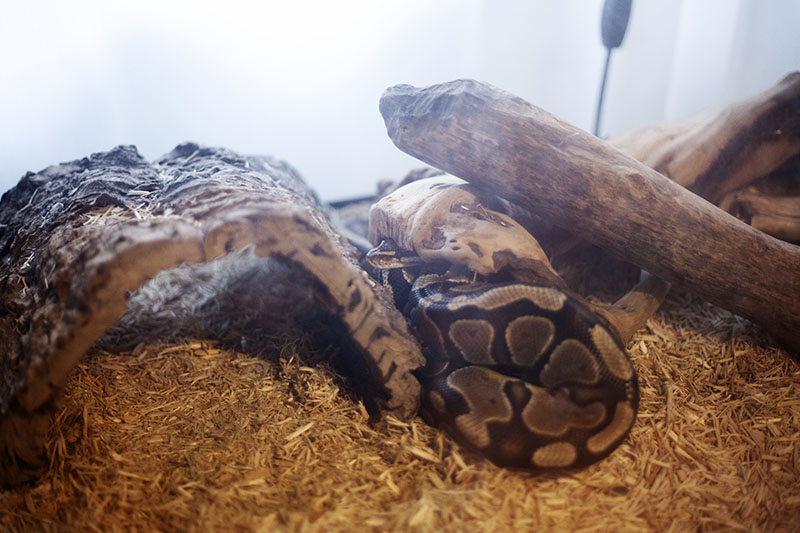 This is her most recent sleeping configuration. She looks pretty darn comfortable (and cute), curled up between her hide and that small log, so I’m not worried about her health or stress level in the least. That being said, I’m going to continue moving the items in her enclosure around in the hopes of her sleeping in her hide again. 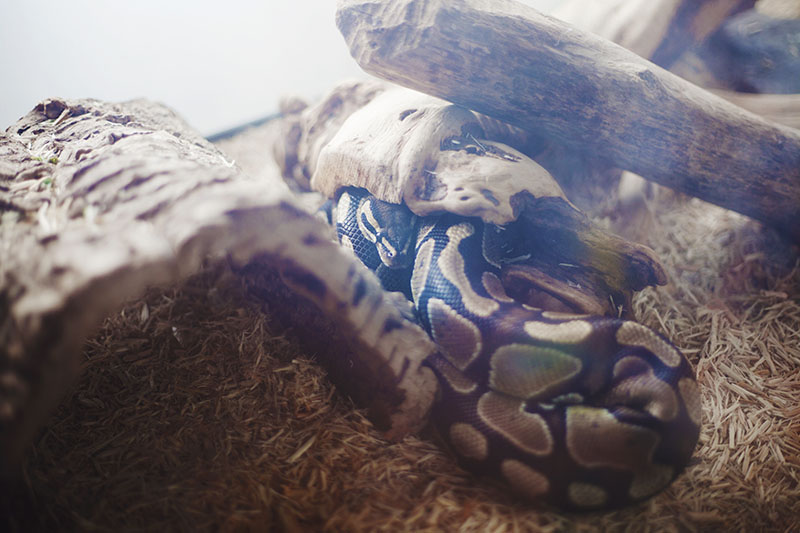 It occurred to me today that I likely was originally right when I thought that the heat mat caused her to sleep outside her hide. What originally threw me off is that although she does not sleep inside her hide, she does regularly sleep on the same side her hide is on, directly above the heating mat. So the heat from the mat itself must not be the problem. It occurred to me today that the inside of the hide is likely slightly warmer than the outside, which is why she sleeps outside: it must be the perfect temperature. I’ll continue to try moving around the items in her enclosure, and will hopefully find a configuration she’s the most happy with. 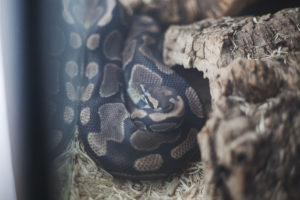 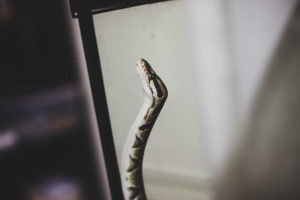