Snakes are notorious escape artists. Now, I’ve heard this said many times, but I always thought it was an over-exaggeration, primarily because I’d never had any first-hand experiences with it: until last night that is.

Let me say right off the bat that Havana really only escaped for a total of five minutes, and she’s back in her tank, safe and secure, sleeping as I type. The picture below is proof of this fact (you may also notice that she refused to eat, even after we left her food in the tank with her the whole night). That being said, Thomas and I did have a little bit of a scare yesterday. 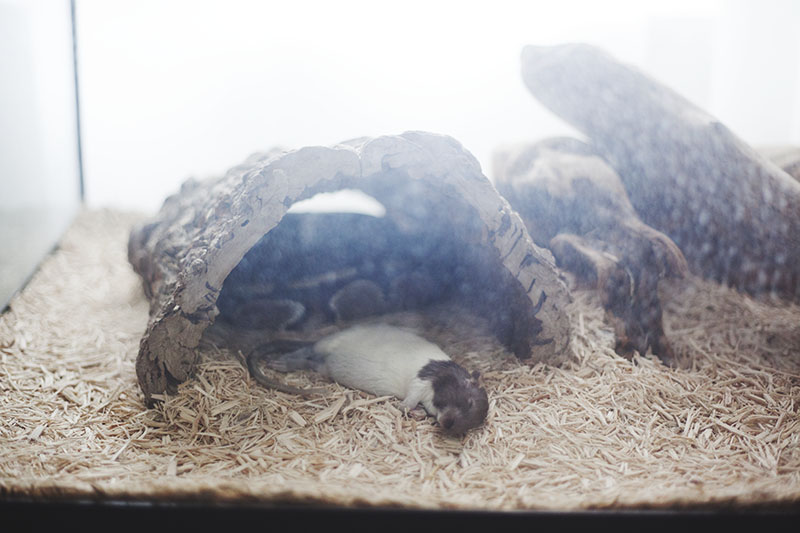 We tried to feed her at around 1:00 AM. She was up, roaming around her tank and looking active as she used to before she went on her hunger strike. Now, I’ve heard a couple of breeders say that they can immediately tell when their snakes are hungry, because they poke their heads out and look expectantly at them or something along those lines, but although I’m optimistic, I still haven’t yet developed the skill of being able to tell when Havana is hungry. So I do what general consensus seems to suggest and offer her food about once every 10-14 days (unless she’s about to shed, which is when I know for sure she won’t eat).

Unfortunately for me, my desire for Havana to eat is just not enough to make her hungry. This is either the second or third rat we’ve given her that she’s refused. I can’t even keep track anymore. That being said, she still looks happy and healthy, so I’m just going to trust that she knows when she’s hungry and will eat once she’s good and ready.

Now back to the escaping. At 1:00 AM, with a dry, warm rat, we made our way to Havana’s tank, opened one of the two locking lids on the top of her enclosure (the left one), dropped her food in, made it dance for her, and watched her slither away from her food completely disinterested. I told Thomas to turn off all the lights and we closed the door behind us to give her some privacy in case she would eat.

We came back an hour later to find that she hadn’t eaten. So we warmed up the rat by putting it into a plastic bag and running it under warm water again. We took it back to Thomas’ office, put the rat in the tank, turned off all the lights, closed the door, and left.

Thomas and I were watching TV for a good half hour. Then, out of nowhere, we hear an incredibly loud thud. You know, the type of thud that makes you think your whole computer just took a dive off your desk. A loud one.

I immediately turn to Thomas. “Did you close the lid before you left?” He doesn’t need to answer the question. We both know what happened.

We’re in his office in no time at all, my eyes darting around her enclosure. It was her for sure; she wasn’t in her tank. I look behind the dresser that her enclosure is on. I look on the left side first, the side nearest to the open lid: nothing. I look on the right, and there she is, sitting right next to the heat vent, still as ever, her head hovering right above the vent, pretty much just enjoying the warm air. What a snake. 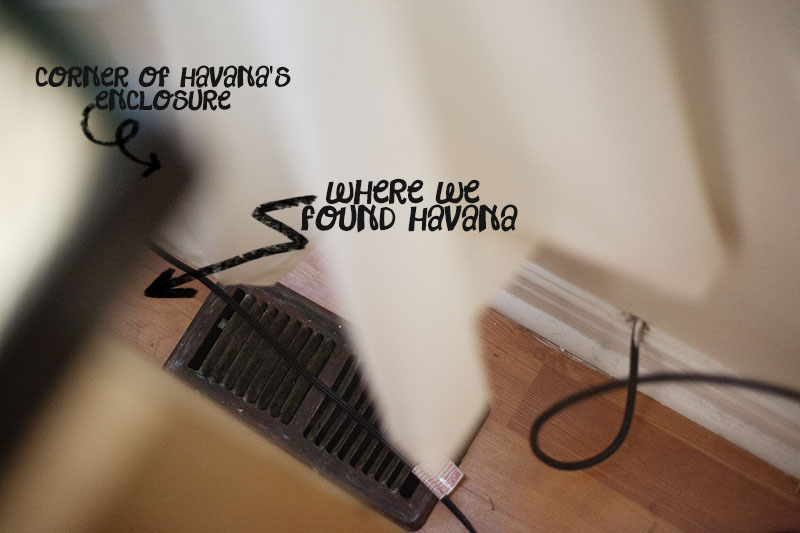 Thomas drags the left side of the dresser away from the wall so I can pick her up from behind. I squeeze in and pick her up from the tail, scolding her verbally (like that’s going to help). I put her back in her enclosure, much to her reluctance (she kept squirming to get away, but we very well can’t have a loose snake around the house), and locked the lid.

She spent the rest of the night pacing her tank with her head up, completely disinterested in her food, hoping for one of the lids to open again so she could make her second appearance as an escapee. I’m hoping we never give her that chance again, not even by accident, although it would be interesting to have seen how she got out. 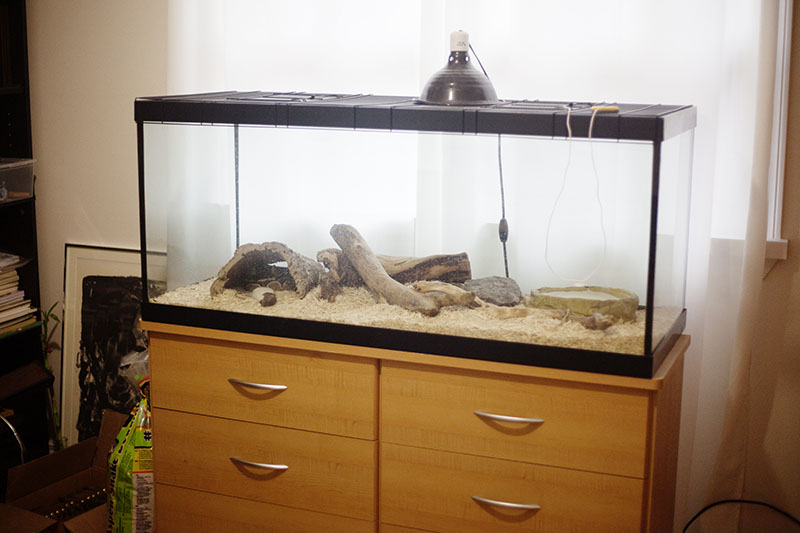 Since her hide is just under the lid that was open, she probably used it to prop herself up, then getting about a foot of her body out onto the top of the enclosure, she dragged the rest of her body up with her insanely strong muscles. They really aren’t kidding when they say that snakes are escape artists. Needless to say, Thomas and I will be double and triple checking that we locked the lid each time we leave food in the enclosure. And as for our little escapee, she’s absolutely safe, and if anything, seems to be more excited than ever at having gotten away. Snakes drop from trees all the time in their natural environments, so a little fall like that was absolutely nothing to her. And she’d do it again in a heartbeat for the thrill, I’m sure.

I’m just happy we heard the thump and were therefore aware that she had escaped. If there was something near the enclosure that she could have climbed onto, we may not have noticed that she was out for a while, until we returned to check up on her to see if she’d eaten her rat. So luckily, our current setup, of having her enclosure about 1 foot away from the wall and everything else, saved us by forcing her to drop to the ground, meaning we knew fairly soon after she broke out.

That was definitely enough excitement for one day.